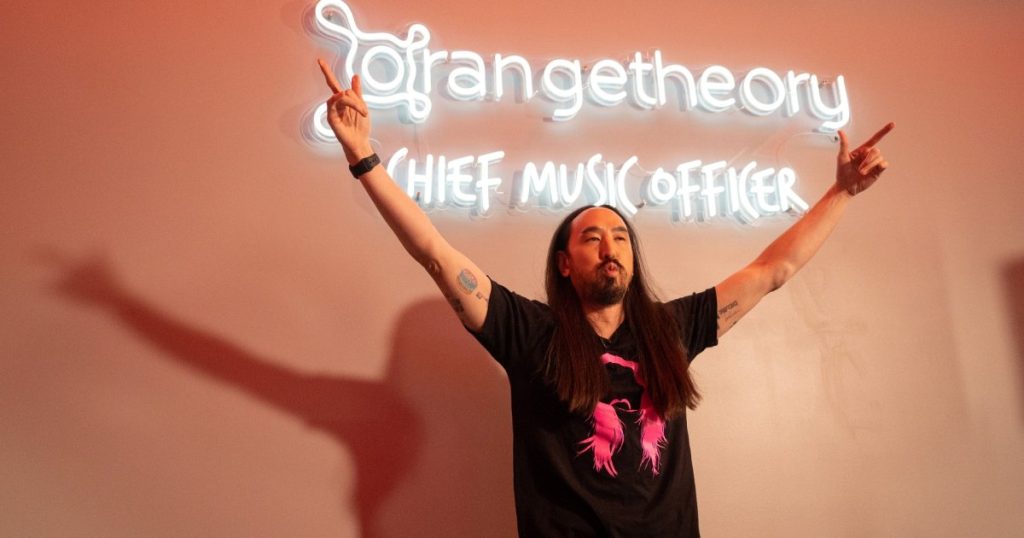 You know that part of every intense workout where you are drowning in a deep, dark hole of despair, will your legs continue to move despite the lactic acid being illuminated? Some things make that effort easier. But there is one and it is supported by science: music.

In 2021, Orange Theory surveyed its 35,000 members. What they learned from the tracks: 91 percent said music inspired and inspired them and 94 percent said it makes them stronger during a workout. Only one song can drive you, but a killer playlist will keep your effort (and spirit) high when it becomes difficult to move. That’s why Orange Theory has just hired its first chief music officer: DJ Steve Aoki.

Aoki will work closely with the Orangetheory fitness team to create a bespoke setlist for a new named workout series called “All Out with Aoki.”

“Health, science and technology are three personal passion points for me and as the chief music officer of Orange Theory Fitness, I am able to play them,” Steve Aoki said in a press release. “There’s a strong parallel between the strengths in my shows and how Orange Theory coaches illuminate their own classes every day – my new setlists to improve this already amazing workout.”

The series will feature 10 original workouts, including Aoki’s Beat, which serves as the soundtrack. Every effort will be made to reflect the transition from the BPM base speed of the song so that the participants can achieve their optimal heart rate.

The “All Out with Aoki” workout will begin on March 26 at Orange Theory Studios across the country.